Today, AIGETOA CHQ team met Director HR as per the pre-decided schedule. The issues discussed were JTO to SDE DPC, Preparation of Seniority list 2007-08 onwards, SDE reversal 2007 issue, Initial Discussion on Pay Scale and Pay Loss issue. We presented our submissions to Director HR. We clarified the confusion created by office bearers of other association with respect to ERNAKULLAM Judgement. We also clarified why Vacancy Year Based Seniority is Justified and the same should be published for all future lists, We also discussed upon the Pay Scale issue and loss in Pay faced by our younger executives. We also presented the shortcomings of BA concept briefly. The meeting shall be continued on 4th September when the detailed deliberation will take place with respect to promotions, Seniority and Restructuring. Pay Scale and Pay Loss issue shall be discussed in AGENDA meeting which is scheduled to be held in next 10 days.

Friends !!! CHQ team is in consistent queries from members and we request them all to exercise faith and patience. TEAM AIGETOA is on Job and slowly and steadily we shall be taking up all the issues mentioned in our vision document. We know that other association specially one particular association is hell bent on derailing everything and creating confusion instead of cooperating with us for resolution of issues. But we request all to not to to get diverted from their dirty gimmicks. AIGETOA is committed to go to any extent for resolution of issues and we will not act as mere mouth piece and news broadcasters and will take all steps to ensure resolution of issues.

Just remember : TOGETHER We Will. 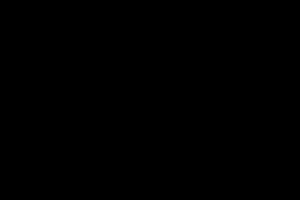